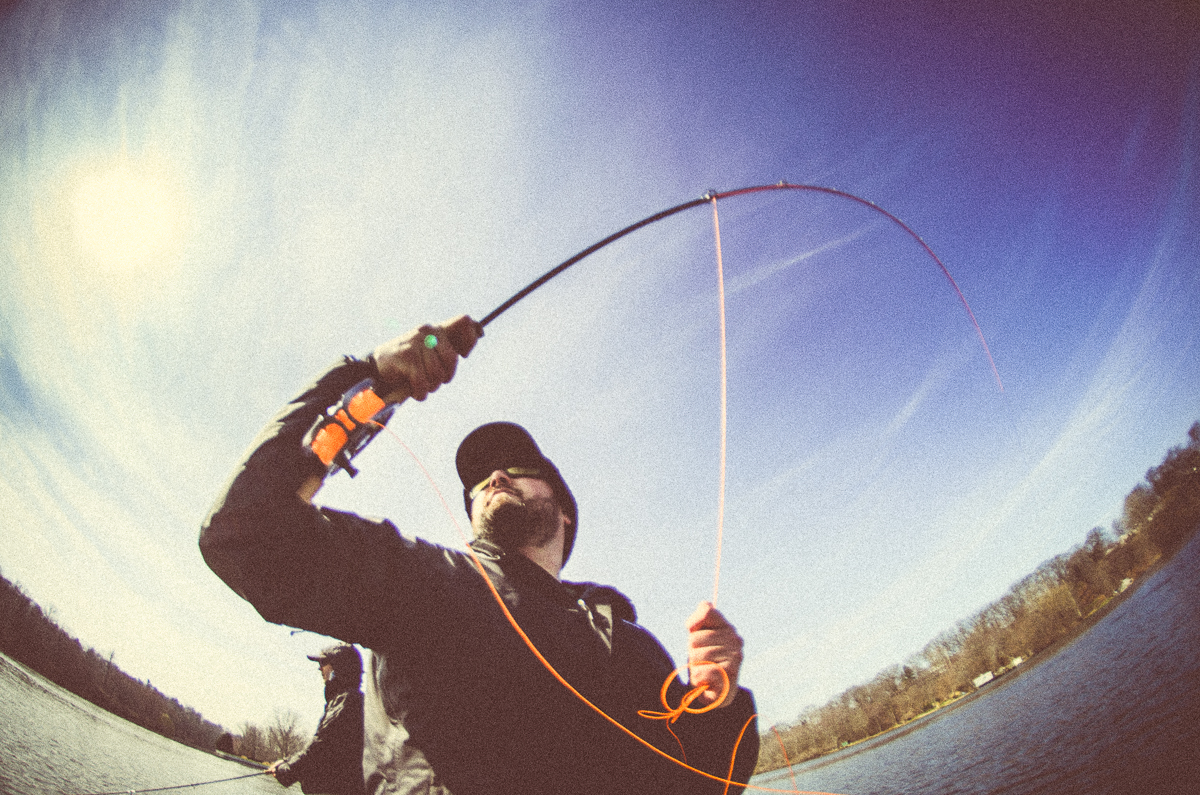 Got a message last week from my buddy Kory about fishing pre-spawn smallies on the St. Joe. “Come on up, the footballs are eating,” he said, “and it’s ridiculous.” My friend Tom wanted in on the goodness that was to be fat smallmouth so plans were made and gear was readied. Saturday morning showed up too quickly, my body was still telling me it was Friday night when Tom pulled up to my house ready to catch some fish. Two and a half hours later we were loading up Kory’s Stealthcraft with our gear and motoring out to find some of these big bellied smallmouth bass. After a few hours of fishing and only a few bumps we realized we were hit with the dreaded “shoulda been here last week” curse. Kory picked up a rod and stuck two fish in four casts. Luck? Maybe. That’s the fun of fishing. You can be doing the same thing as someone else and the fish ignores your presentation for another. Tom hooked up a few times and broke off every time. The first could have been a giant smallie or a toothy critter. Whatever it was, it put a really nice bend in the rod. The next fish he hooked up with at the end of the day, he broke off. Brand new tippet. Damned near looked damaged from the factory. Shitty luck. Though the fishing wasn’t on fire that day, it’ll heat back up with the weather starting to warm the water closer to spawning temps. Just remember that when they’re spawning, leave them alone. You wouldn’t want someone hooking your lip when you’re doing the horizontal mambo..

You can find Kory over at http://www.boozersguideservice.com/